skip to main | skip to sidebar

... was born in a litter of 4 puppies on December 25th 2008. She spent the first two months of her life in the Loubajac kennel in the French Pyrenees. Her mother is Pecquelette de Loubajac and her father Hob-Nob's Victor.

When she came to stay with me, we started Silvia Trkman's puppy school, followed by Sivia's tricks class and later on agility handling classes in LoLaBu training center. We do everything using only positive training techniques. We are very fond of Silvia and her dogs, specially the crazy little La who is Tani's 3/4 sister. We also attended handling classes with Daša Zakotnik and Polona Bonač.

Tani has many passions in her life. The biggest one is agility, of course, but she also loves playing with her beagle sister and BFF Xsara, hiding her toys in the most odd places, running through the fields and meadows, playing with sheep and eating.

So, I guess everybody in agility world got to see Tani's fantastic 3/4 sister La AKA Simply the Best and her Silvia run on World Championships a couple of weeks ago. We were so happy to see them place 3rd, only missing 1st place for 0.1sec at 10 years of age! Wooooow :) And of course, we were also really happy for all of our other friends, specially Daša, Urška, Olga, Ashley, Thomas ... the list goes on and on! But all in all pyrsheps did really great on AWC this year! 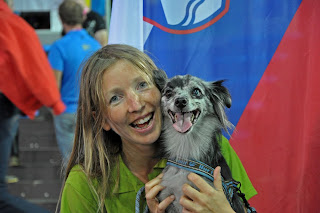 Only a couple of days after AWC Tani and I went to a competition in Switzerland. This was the 10th country for Tani to compete in, but best of all, there was also Tani's sister Rayas with her owner Christine. We had a really nice time in Switzerland, although Tani broke a nail and had to be pulled out of the competition after the first run. But Christine was so nice to let me run with Rayas for one run instead, and she showed us some really nice places to go for a walk, so it still was a very special weekend. 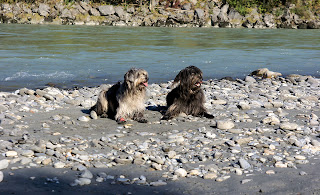 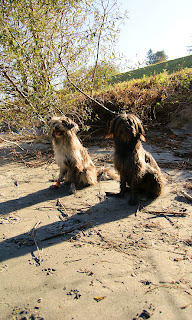 Tani now has to weare the "cone of shame" because she keeps trying to lick the wound on her finger and it got all infected. So she's on antibiotics and some rest, luckily she can walk normally so she's not too bored. But she does feel a little sorry for herself so we cuddle a LOT! And that's nice too. 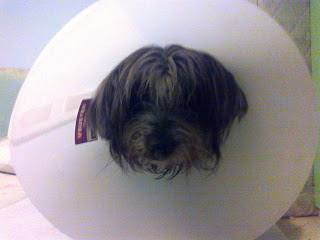 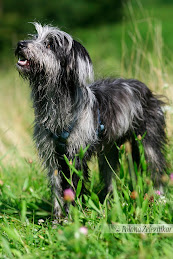 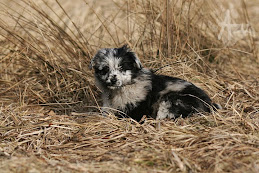 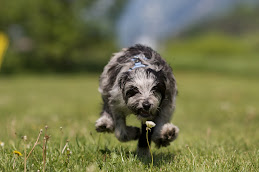 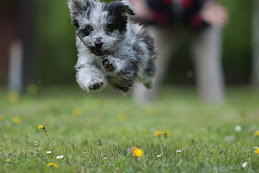 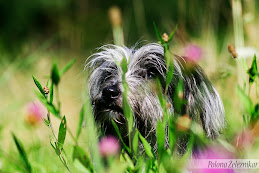 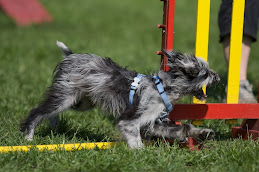 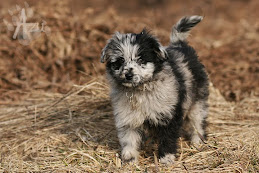 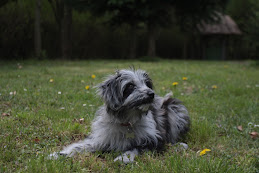 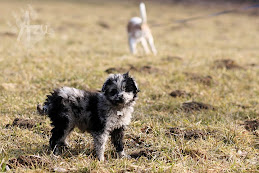 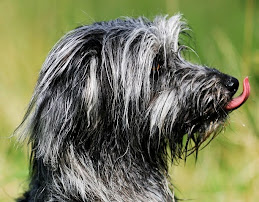 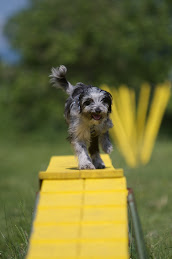 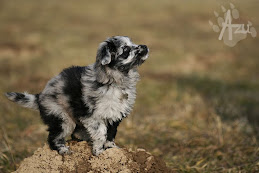 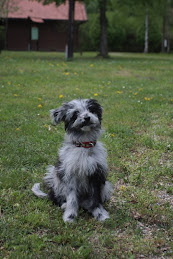 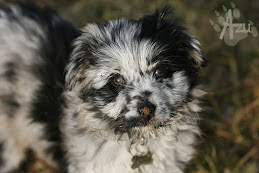 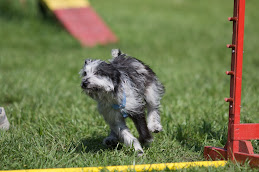 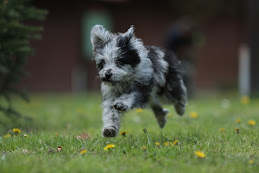 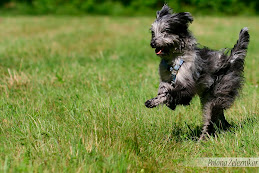 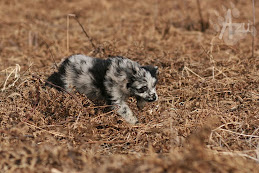